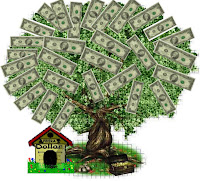 On the heels of an article about Stanford's potential staff reductions and/or elimination of teams, ultimatesportsinsider.com listed numerous things college athletic programs can consider to reduce spending during these difficult economic times. The challenge with many of these suggestions is the concern that they will reduce competitiveness or imply a reduced commitment to athletics. This concern is the driving force behind part two of the series - conference and NCAA level changes to reduce costs through collective action while maintaining a level playing field as budgets decline. These changes are harder to achieve because they will require leadership beyond the institution and will be subject to political jockeying and self interest stances. In the national spirit of hopefulness, suggestions include:


While these ideas will not be popular with everyone, actions of last resort such as staffing cuts or eliminating teams will become more likely in a worsening economy if there is no willingness to share the burdens of the current economic environment. I encourage you to comment and provide additional ideas through this forum as well as to conference commissioners and in the NCAA legislative process.