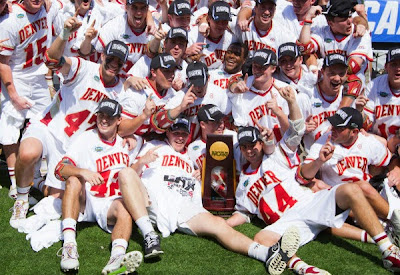 On a day where we all gave thanks to those who served and sacrificed so that we could enjoy the freedoms that come with living in this great country, seeing the benefits of hard work and dedication provide rewards to good people made it a Memorial Day that will be remembered by the young men of these teams, and many other student athletes for a long, long time.  College athletics gets it right sometimes - more times than it gets credit for. And every year, Memorial Day is one of those days.
at 10:43 PM