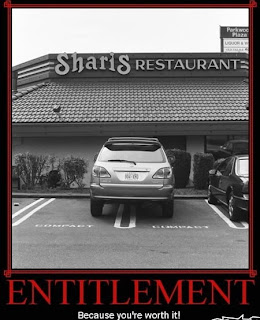 Recruiting is the lifeblood of any athletic program and coaches' recruiting styles take many forms in the relentlessly competitive pursuit of talent.  There mare many examples of coaches who are unscrupulous, manipulative or bend rules in order to sign a prospect.  But it can be a two-way street and the approach and attitude taken by some prospects and their parents aren't always pure either.  They just don't get as much attention.  Consider two examples:

In a recent edition of the Sporting News, Dietrich Reilly, a Top 100 football prospect who has scholarship offers from most of the PAC 10 including USC, Cal and UCLA stated: "I'm still telling people I'd like to get interest from Florida, Texas, LSU, Ohio State, Georgia and like a Penn State....I want to rack up as many offers as possible, so I don't plan on narrowing it down any time soon."

The second example was written by a prospect's parent on a soccer recruiting questionnaire and forwarded to me by a coach who reads ultimatesportsinsider.com.  I've changed the identifying information, but the opening paragraph of the note follows below retaining the tone and typos in all their glory:

"Coach: i am highly biased against [your state's] Olympic Development Program and anyone afffiliated with its highly dysfunctional system(and by association your program. Nevertheless, my daughter has interest from your betters, the " little Ivies" none of which are in [my state], so I am reaching out to you because: 1) [Your school is in my state] and i'd like to see my daughter play in college (even though you just lost to [an inferior opponent] this week) and 2) [your school] has something of a reputation ( although somewhat weak in the non-scientific liberal arts)."

It's hard to know why either individual would believe they are entitled to be recruited by as many schools as possible or to send an introductory note that says in effect, "I guess I'll think about talking to you".  This is, after all, the search for a potentially free college education while furthering a sports career.  There are some collective systemic issues that may contribute to these approaches including -
I believe that an entitlement-based approach by prospects is the exception rather than the rule just as I believe that most coaches are professional and honest in their recruiting approach.  But the extent to which steps can be taken to develop a less public and more deliberative recruiting process would serve all of college athletics well.

An additional side note

This marks the 100th posting on UltimateSportsInsider.com.  USI appreciates your readership, comments and the information that so many of you forward. The site has seen a steady growth in readership and subscriptions since the initial posting in November 2008.  I look forward to continuing to provide you as much content as possible in an effort to help make your athletic program the best it can be.

Email ThisBlogThis!Share to TwitterShare to FacebookShare to Pinterest
Labels: Recruiting