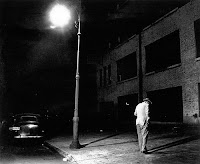 When thinking about reducing student athlete time demands, I am reminded of the story of the drunk looking for lost keys under a lamp post.  A police officer stops to help him and asks if this is where he lost them.  The man says "no." The officer, confused, asks him why he's looking there if that isn't where he lost them.  The man says "because this is where the light is."

Early discussions about student athlete time demands have primarily focused on shaving some hours or days from the schedule.  This is where the light is shining.  But the fundamental causes of time commitments are structural - conferences with poor geographic proximity; televised games played seemingly at any time, date and place; schedules that continue to expand and start earlier; and rules that are contorted through numerous exemptions to fit whatever new scheduling concept emerges to provide more television content or unique match-ups at a neutral site (because no one wants to schedule a true road contest.)  The result is student athlete commitments have exploded over the past two decades.

Most coaches follow Parkinson's Law which states "Work expands to fill the amount of time you have available for its completion."  In a coaching and administrative reward structure that is heavily weighted towards winning, a mandated day off and a 20 hours per week athletic activity limit are no longer sufficient to address what everyone knows: student athletes are spending more time than ever on athletics.

Modest rule changes outlined in part two of this series that return a few hours and a couple of weeks each year to student athletes can be helpful but more meaningful changes are needed, and will be even more difficult for coaches, administrators, and even the athletes themselves to embrace. These changes have the best chance of restoring balance to the non-athletic side of the student athlete experience because they will address decades of unrelenting athletic expansion.  These areas include:

If you are not convinced reducing games is possible, consider the following example - John Wooden's UCLA basketball teams that won 10 national championships in 12 years never played more than 31 games in any season, including all post season contests.   Today, the number of games played by the basketball championship participants regularly exceeds 40 games - a 33% increase. Wooden's teams are no less revered, the lessons learned are no less compelling and the men who played for him received an incredible education because of who Coach Wooden was, but also because they could experience other aspects of college beyond Pauley Pavilion.

All of these ideas will be hard to implement and most will be dismissed as naive or unworkable. But time remains a zero-sum game - an hour used for one purpose cannot be used for another purpose. The benefit of reducing in the areas suggested above is that while simultaneously returning time to student athletes, it keeps teams in each sport on a level playing field because everyone has the same amount of time available to prepare.

In a speech by William Deresiewicz to the graduating class at West Point, he spoke about the disadvantages of an elite education.  It's worth spending 20 minutes to read the transcript as there are many parallels to today's student athlete experience.  College athletics provides access to education and is still a teacher of life and leadership skills.  But these benefits have eroded.  The elite education of college athletics has become sheltered and controlled.  College athletics has become too big to fail in an economic sense with no opportunity for exposure or revenue ignored.  And it is too big to fail from a political standpoint with few presidents or directors of athletics able to withstand anything short of exceptional athletic performance.  Unfortunately this pressure compromises the student experience.

College athletics needs to regain its elite educational aspects and find its lost keys.  They've set a goal to do so by January 2017.  Time will tell whether the search occurs where the light is shining or where the keys were actually lost.
at 8:00 AM