Enhancing sales: He who hesitates is lost 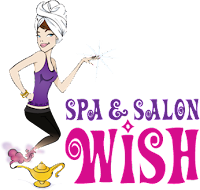 The May 2009 issue of The Atlantic, has a thought provoking article by Virginia Postrel entitled "The gift card economy." The article opens by asking an interesting question - which are you more likely to buy as a gift on Mother's Day - a day-spa gift certificate that expires at the end of June or the exact same certificate that expires a year from now? Of course your purchasing choice is the card with the longer expiration date.

The article goes on to describe recent social science research that suggests that despite your best intentions, she is likely to be happier with the card that expires a month later. The reason? She is more likely to use the card with the shorter deadline.


It turns out that not only do people put off unpleasant tasks, but also good experiences as well. An experiment by Suzanne Shu and Ayelet Gneezy demonstrated the point. The researchers gave 64 students gift certificates for free cake and coffee at a local restaurant. 32 received coupons that were only valid for three weeks, the 32 received coupons that were good for two months. The results - only 12 of 64 bothered to redeem the coupon at all. But of the dozen redemptions, ten occurred in the group that had only three weeks to do so.

What does this mean for college athletic programs? Well, assuming that attending your games is a pleasant experience, it may mean a few things.

When considering ticket discounts or other enticements (e.g. mini packages) to get fans into your venue, the likelihood of someone acting on the discount increases if there is a short term deadline by which to act.

Likewise, in-game only discounts on concessions, apparel or other items can drive sales since the opportunity won't last forever.

Further, promotional activities like post-game autograph sessions or allowing fans on the ice to skate with a hockey team after a game may take on additional urgency if they are rare occurrences.

The perception of losing something of value enhances the likelihood of an individual making a purchasing decision. The longer a discount or opportunity exists, the less likely someone is to act. The shorter the time frame, and with it a pending loss of savings or value, the more likely a favorable decision will actually occur.

As the saying goes, "He who hesitates is lost." Getting your fans to overcome their hesitation with meaningful deadlines can help your department and teams benefit through increased attendance and sales.
at 9:07 PM