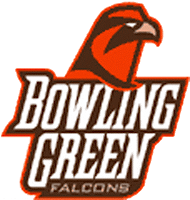 Bowling Green University's discussions about eliminating men's ice hockey headline the latest in a series of articles from UltimateSportsInsider.com. The University is facing a $10 million shortfall and athletics has a $750,000 budget hole this year. In an interesting side note, this isn't the first time President Carol Cartwright has been involved in eliminating a hockey program. She was previously the President at Kent State when their program was dropped.

Other budgetary announcements include: