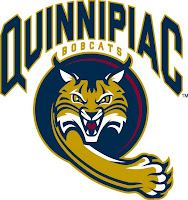 The announcement that Quinnipiac University is dropping three varsity sports headlines the athletic budget cuts from around the country. The Bobcats are eliminating women's volleyball, men's golf and men's track. Interestingly, Quinnipiac is adding cheerleading to its varsity sport offerings.

Other recent announcements include:

Check back regularly for more updates.