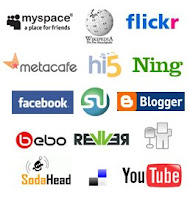 The ubiquity of social networking is creating policy challenges for athletic departments across the country. While the decline of print media is noteworthy, what's more notable is that this void contributes to a dynamic where everyone, from departments, to individual student athletes and coaches, to ultimatesportsinsider.com are their own mini (or major) media operation.  Cameras have never been more prevalent, information never more accessible and the intersection between news and gossip, fact and opinion, never more blurred.  At this point, most athletic departments have had internal discussions about how to regulate their student-athlete's use of Facebook and Twitter while simultaneously trying to map a strategy that incorporates these media to publicize their own departments.

The best example of these challenges may be playing out at the University of Arkansas.  The Razorbacks are fully involved in promoting their athletic program using an array of social networking tools such as Twitter and Facebook, which are easily accessed via their website, http://www.arkansasrazorbacks.com/.  These standard tools coupled with the SEC's television contract and XM satellite radio coverage make them as engaged in these matters as any program you'll find.

Simultaneously, Arkansas is attempting to manage a public relations issue that has grown out of the same social networks.   Guard Courtney Fortson, posted a comment on twitter that appeared to make light of an investigation of three teammates for an alleged rape (prosecutors have now said the individuals will not be charged in the matter).

Arkansas developed a very thorough and well conceived policy (click to view the policy) detailing their expectations for student use of social networking sites prior to this incident.  While their efforts at prevention weren't fully successful, this does not diminish the policy's excellent guidance about how student athletes should handle their responsibilities and the potential ramifications for choosing to act badly and/or post inappropriate things.  And it now gives Arkansas the chance to address a very closely scrutinized situation with the benefit of having a carefully crafted educational and behavioral policy at its fingertips.  Indeed, we are all possibly just a bad tweet away from a similar problem, prompting the question "What's in your policy?"

Thank you for sharing this information...